Last year I signed up with LivingDNA for their DNA analysis to see where in the UK my DNA maps to. They claimed to be able to make the map due to their colaboration with The Peoples of the British Isles project. At this time they have samples from Great Britain and Northern Ireland. They are working to obtain results from Eire so they will be able to map people of mainly British ancestry to locations within both parts of the Isles.

Here are my results: 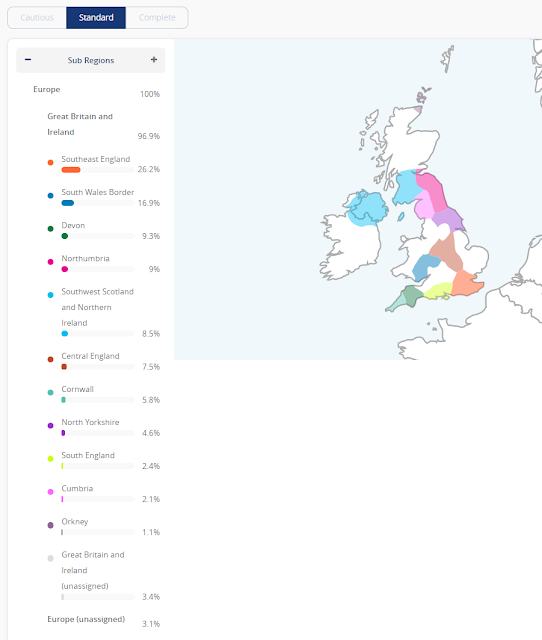