Why Native Americans are concerned about potential exploitation of their DNA

From the Genetic Literacy Project: 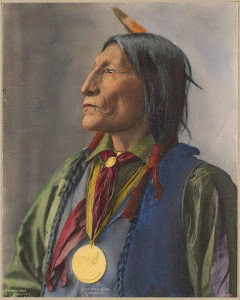 Until the advent of genetic genealogy, knowing your ancestry meant combing through old records, decoding the meaning of family heirlooms and listening to your parents and grandparents tell you about the ‘good old days’. For anthropologists and archaeologists interested in going back even further in time, the only reliable means of understanding human history were trying to interpret ruins or remnants of skeletons or other information uncovered at the site of remains.

DNA testing has changed all that, allowing us to delve far deeper into our past than before and with a much higher degree of accuracy. Although there are many issues stirred by DNA testing, none is more provocative than interpreting our family and tribal ancestries.

(Continued at the link above)
Posted by Steven C Perkins at 9:42 PM